Due to its location, Malören has been the natural wharf for shipping to the ports in the far north. Navigation marks has been on the island for hundreds of years. Since the Swedish Maritime Administration decided to take responsibility for the region's maritime safety, a lighthouse was set up on Malören.

The famous lighthouse engineer Gustaf von Heidenstam visited Malören in the summer of 1850 and a year later the lighthouse and the keeper's residence was built. The method of construction and the lighthouse's shape in harmony with the church shows both Heidenstam's sense of the environment and his knowledge of construction. At first, the beacon's illumination came from an Argand lamp, in 1873 it received a paraffin lamp instead.

At the end of the 1880s a tower was built on the lighthouse keeper's residence. A lantern and optical lenses were installed to increase the intensity of the light. This came to replace the newly built lighthouse.

Nowadays the lighthouse is powered by electricity and since 1986 by wind power. The lighthouse shines up with two flashes for the letter "M" every sixth second. 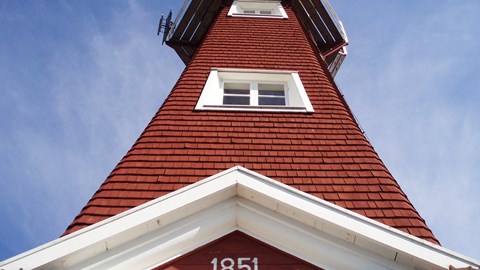 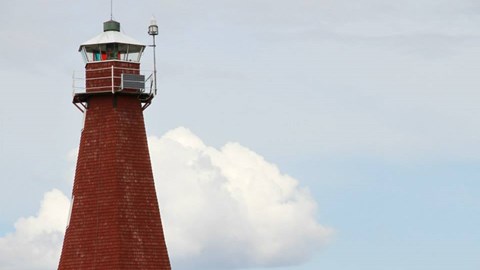 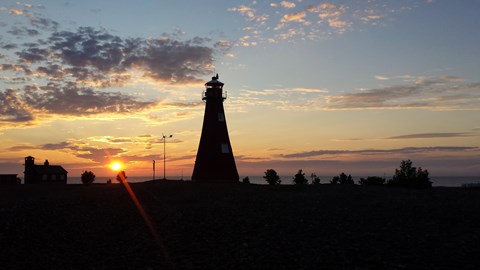 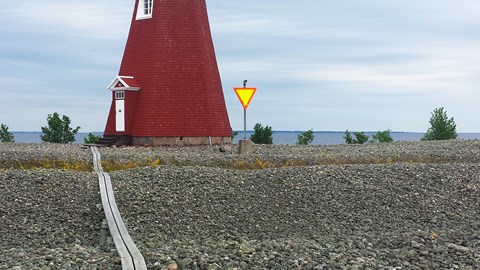 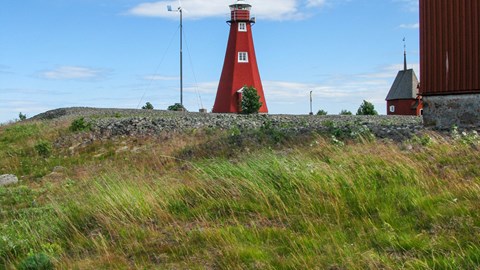