In 1835 a sailboat capsized after it was stranded on the southeastern side of Malören. The bump against the bottom of the boat was so powerful that the captain was thrown down into the control room and died of the damages he suffered.

Captain Blomfeldt is buried on Malören and his tomb is still there. The gravestones are surrounded by large pebble stones joined by an anchor chain from the boat Jenolin. 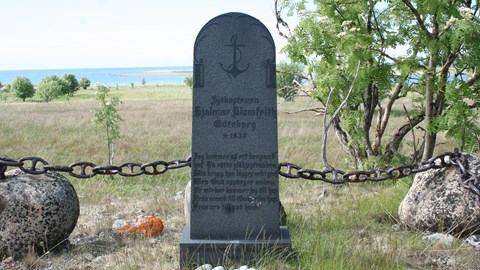 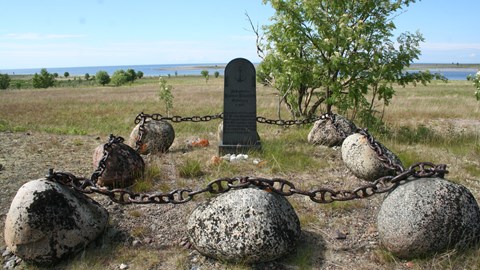